Why you’ll never regret negotiation when relationships are at stake 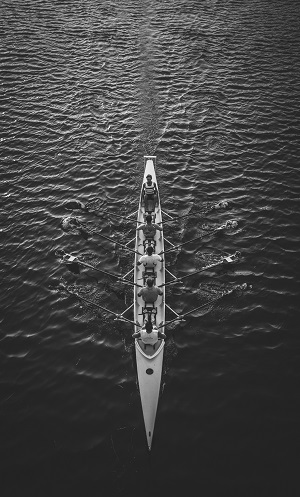 Negotiation is designed to ensure everyone gets something they want, but no one’s life or dignity is sacrificed. The ultimate goal of negotiation is to do everything possible to preserve some semblance of a relationship.

Even when you’ve seen years of bad behavior, had one rug after another pulled out from under you, and endured threats, there’s still an important reason to attempt negotiation.

If you must walk away from a client, contract, job, marriage, family member, friend, or any other situation, you’ll never be sure it was the right thing unless you attempt to negotiate the best outcome for both sides first.

Facts and situations will differ. Sometimes you won’t know going in at what point you’ll consider all options exhausted. However, the steps listed below should accompany your approach to every conflict.

Why are the four steps critical to negotiation?

The four steps above are never a waste of time or money because whether you reach an agreement that allows you to go forward or you walk away, it’s vital to your growth and integrity to have a document that will serve as a history and teacher.

Memories are short when emotions and/or stakes run high. It is human nature to want to win, to get what you perceive is best for you. Some people want to avoid or end the conflict as quickly as possible while others thrive on conflict. This creates a disadvantage for the conflict avoiders.

Without putting demands and responses in writing and authorizing someone to facilitate the process, the chances are low that the primary goals of negation will be met.

Always approach negotiation and life with a win-win attitude

Stephen Covey brought the notion of win-win negotiation into clear perspective in the 90s with his book 7 Habits of Highly Effective People.

“Thinking Win-Win isn’t about being nice, nor is it a quick-fix technique. It is a character-based code for human interaction and collaboration.

Most of us learn to base our self-worth on comparisons and competition. We think about succeeding in terms of someone else failing–that is if I win, you lose; or if you win, I lose. Life becomes a zero-sum game.

Win-win sees life as a cooperative arena, not a competitive one. Win-win is a frame of mind and heart that constantly seeks mutual benefit in all human interactions.”

All of life is about relationships. There is no “life” without an ability to relate or be in relationship to others whether business or personal. When you experience conflict, make maintaining some form of a relationship your priority.

You may have to walk away from having the kind of relationship that allows you to do business or social activities together. But you always want an ability to be cordial and talk to the other person(s). Never let anger dictate your final responses. Sooner or later you might need to interact with the people involved again. After all, everyone is not more than six degrees of separation from anyone else on earth.

Don’t be a bully or a door mat. Negotiate your way through life with the knowledge that you are connected to everyone else and that relationships matter.