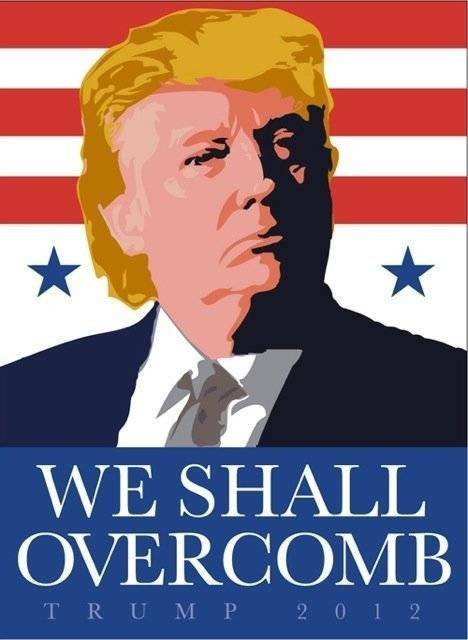 Political pundits aren’t the only people predicting a crash for Donald Trump. Marketing and Branding experts also predict “The Donald” may soon regret his 2016 presidential run. There are small business branding lessons worth teasing out of Trump’s approach. Love him or hate him, you can’t help noticing him. Trump possesses two elements critical to business and brand success.

Trump graduated from University of Pennsylvania’s Wharton School in 1968. Since then, he’s lived through seven recessions, climbed his way out of $1 billion in personally guaranteed debt, and never filed personal bankruptcy, according to Investopedia.

Trump’s wealth came from luxury real estate including hotels, apartments, casinos, golf courses, and more. His brand is built on ostentatious, hard-to-reach, in-your-face luxury and personal boldness. He’s probably known best by the thirty-something crowd for the statement “You’re fired” he so often made on The Apprentice.

In his book, The Art of the Comeback, Trump notes, “If you don’t have passion about who you are, about what you are trying to be, about where you are going, you might as well give up.”

Trump, like successful people from Thomas Edison and Henry Ford to Mark Cuban and Jeff Bezos, is not afraid to fail.

People who’ve made it big always have some failure story in their past. Mark Cuban told Entrepreneur last year, “It doesn’t matter how many times you fail. Each time only makes you better, stronger, smarter, and you only have to be right once. Just once. Then everyone calls you an overnight success and you feel lucky. I still feel that way.”

From the branding perspective, Trump gets the number one thing that most often trips companies and personalities up – know your audience and give them what they want.

In The Art of the Deal, Trump said that for real estate it’s location, location, location, and “…you must work to make it a better location.” He understands that a company must remain hungry, committed to raising the bar to preserve and grow the brand.

Will Trump’s In-Your-Face Comments on the Campaign Trail Ruin His Brand?

Trump speaks like Trump, not like a politician. His New York style comments about Mexico and John McCain have made a lot of people squeamish. He’s probably not a good choice for president, but from a branding stand point, he’s delivering what his audience expects.

The PGA, ESPN, NBC, and even NASCAR are dumping Donald Trump. But if his history is any indication of his future, he’ll emerge like a Phoenix from the ashes.